In the past few months, all of our Facebook news feeds have been filled with political post after political post. Those that have been friends for years became enemies for what hopefully was just a short time. Many of you probably unfriended people or removed them from your news feed like I did. And why?

Not because you necessarily disagreed with their opinions (at least I hope not). If we ended friendships with everyone that had a different opinion than us on an issue, we would probably be left with few, if any, friends. Not because their view on America was so drastically different from yours, which in such a divided election there were probably plenty of those friends. See, the real issue with all this talk on social media is that many times it became personal.

It wasn’t a simple difference of opinion on the candidate or direction for America. It became an attack on the person’s candidate, party, intelligence and integrity. Everyone has their right to post what they choose on Facebook and their social accounts, however, attacking an individual for their opinion became the norm. Which brings me to my point… 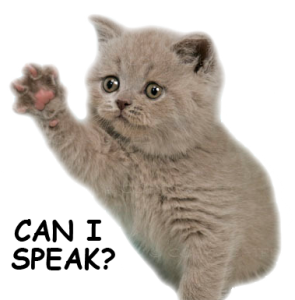 The art of debating on Facebook wasn’t just a difficult task, it seemed to not exist. The social forum that everyone has used over the last four years to talk about our days, share our frustrations or post a photo of a cute kitten became a monster. It became a forum for arguing with each other, name calling and regurgitating the marketing jargon of your candidate. It seemed impossible to have an intelligent discussion of the issues that were affecting all of our lives. From unemployment to the national debt crisis, it was one post after another that lacked research or a desire for debate. When an honest debate on an issue got started (and yes I did try to start a few), it frequently resulted in insults and name calling. I got told to “STFU” by a person not involved in one instance where I tried to discuss an issue.

So is it the fault of the forum or the individuals on it? Can an actual debate happen on Facebook? I think it could but it is up to us to handle ourselves with integrity. If you do not want a differing opinion on an issue, I suggest that you don’t post on a social forum to your hundreds of friends what your opinion on that issue is. If you choose to, be prepared to debate your stance in an honorable manner. Be passionate in your stance but don’t attack or insult the other person. Stay on the issue and use all the facts and links that you want/have to get your point or opinion across.

I look forward to a passionate debate with you in the future, whether on Facebook or not!