The SEC is the best conference??? 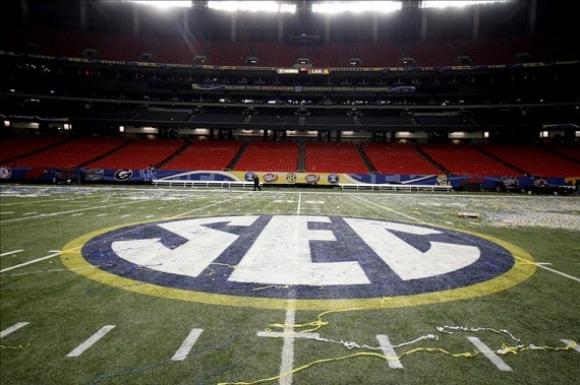 With Alabama’s loss this past weekend, there are people and analysts everywhere discussing the fact that an SEC team might not be in the championship game. While it is surprising that the NCAA football season could end up this way, especially after the last few years, I am surprised by the comments being made by different analysts.

They are discussing the fact that a one loss SEC team may be more deserving than one of the three undefeated teams left. I think the mere thought is ridiculous. Not because I think the SEC is bad, but because it seems like there is this idea stuck in everyone’s head that the SEC is so much better than every other conference. I will admit that they have quite a few great teams, but what has the conference done this year to prove that they are the elite conference?

If you look at the two divisions, they fairly resemble each other. There are three good teams and four bad teams in each division. The good teams are obviously deserving to be ranked (not necessarily all top 10), but the bad teams have been mediocre at best. They lack an out of conference schedule that says, “We can beat anybody!” In my opinion, you can’t just say it, you have to actually do it. The only team that says that to me this year is Alabama. On top of that fact, many of the teams that have played a few OOC teams, have lost or come close to losing. The teams they were playing weren’t BCS conferences either. Many were from poor conferences. So why are they so much better? Because the SEC is that much better? 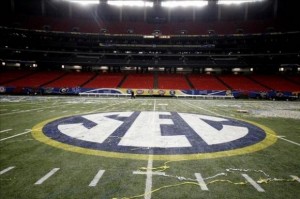 As you can see from the summary of their schedules at the bottom of this post, that isn’t the case. They actually look very much like other conferences. Good teams at the top that beat up on the bottom dwellers, who get beat by other BCS conference teams and even some non-AQ conference teams. Teams beat up on each other in the conference, but the effect isn’t the same in the SEC. When an SEC team loses to another SEC team, the value of the loss just doesn’t seem like a big effect. The conference has losses to Northwestern, Rutgers, Louisville, Western Kentucky, Texas, Clemson and LA-Monroe. The lone good OOC win is Alabama against Michigan. And then there have been nail-biters against teams like LA-Lafayette, Towson, ASU, UCF, Troy & Tulsa. Does this sound like an elite conference that is that much better than everyone else? I didn’t think so.

So my main point, and the reason I wrote this blog, was the thought that a one loss SEC team would deserve a National Title shot because of the conference they are in. That doesn’t hold water to me this year. If two of the three undefeated teams are left, they get it. Sorry Alabama, but they proved both in conference and out that they can win. Notre Dame will have beaten Mich St, Michigan, Oklahoma, Stanford & USC, along with quite a few “bottom dweller” teams in AQ conferences. Oregon will have wins against USC, Stanford & Oregon St, which isn’t the best resume, but man can they score. Kansas State will have wins against WVU, Oklahoma, Texas Tech, Oklahoma St & Texas, with a few more wins against decent teams.

So please tell me again why a one loss SEC team deserves to be in the title game?