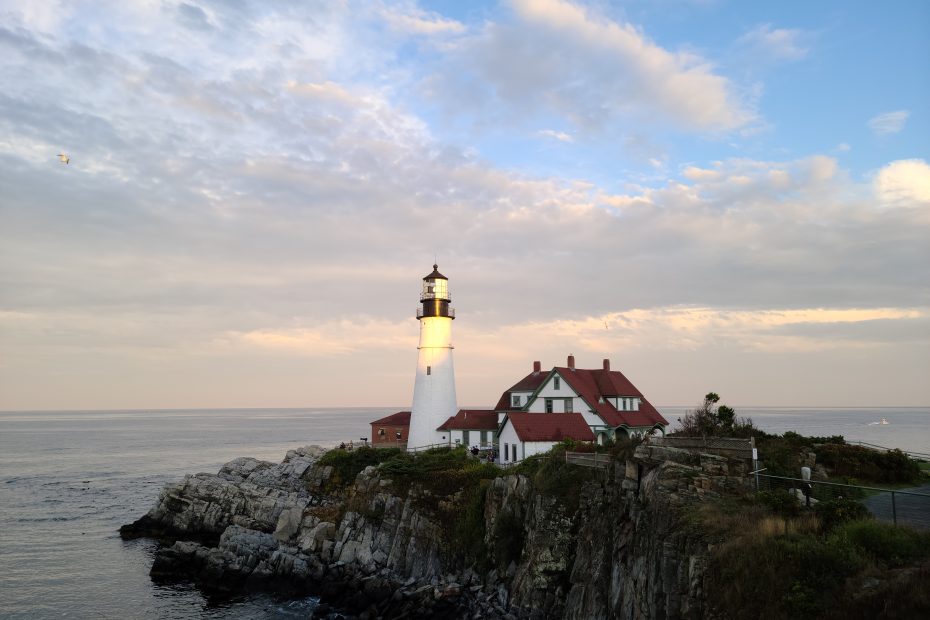 It is time for my last stop along the east coast before starting to make the turn towards home. While I have already been eating plenty of lobster, it was time to get catch some of my own to cap off my road trip’s lobster season. This meant I had to make my way to Portland, ME.

As I made my way from Boston, I thought about a few stops along the way. Salem would have been a great stop, but traffic was backed way up at the exit and Waze was taking me a different route. I also thought about a detour to check out the town of my oldest known relative in America, but I didn’t have enough time to safely make it to Portland. I needed to make sure I had time to park and catch my boat.

My boat was the Lucky Catch, which is a lobstering tour and harbor cruise. I got to help pull up lobsters, set traps, measure/hold them, and learn about lobstering in that area. We also learned about various islands and the forts throughout. It was a very cool trip with a great crew. At the end of the trip, I got to choose a lobster off the boat and take it over to Portland Lobster Co for dinner. Then I took a walk around Portland, stopped at Shipyard Brewing, and headed to my place to check in.

My Airbnb was a nice little place filled with art. I had plenty of space just for me and easy access to downtown and other areas. I had to work during the day Monday and Tuesday, so I made sure to get my workspace setup. I had a lot to get done since I was about to take a few days off work. After working on Monday, I realized I needed to take a night off. So I grabbed some pizza from Otto and beer from Bissell Brothers to settle in for the night.

On my last night in Portland, I had to go check out some lighthouses and some great views. The rainy day cleared up and it was a beautiful evening. My first stop was down to the Cape Elizabeth Lighthouse and the views off Dyer Cover. Then I spent the rest of the time up to sunset at Fort Williams Park and the Portland Head Lighthouse. The walks along the cliffs and views from the lighthouse were a great way to finish off my adventures in Portland.

Before heading out into the mountains for a few days, I had to stock up on some necessities. That of course meant a vegan sausage from Thirsty Pig, a half-dozen from The Holy Donut, and an assortment of beers from 4 different breweries. Then it was off for my next adventure and going off the grid… in the White Mountains of NH!