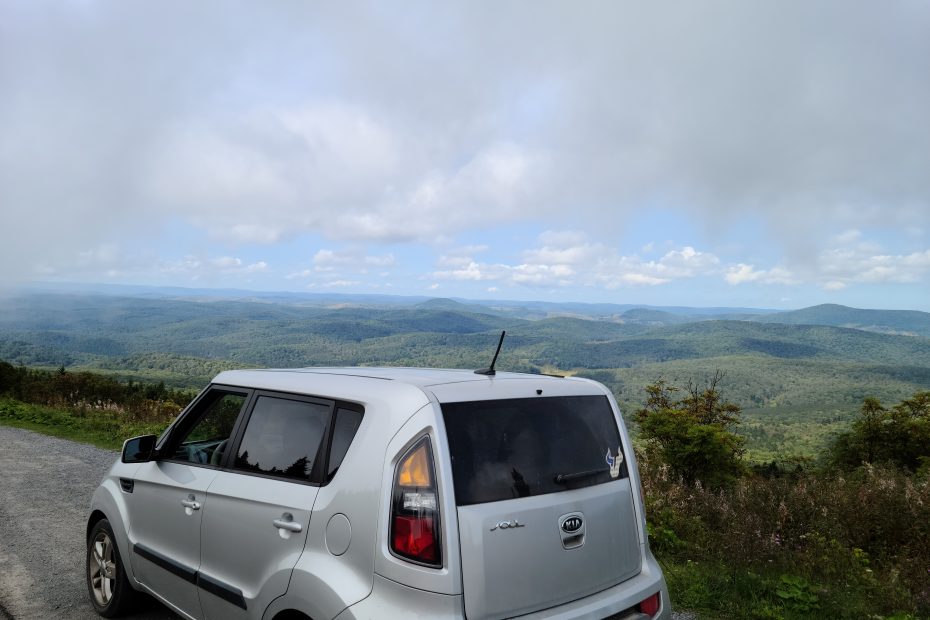 I have been home for about a month from my road trip and had time to think about the overall experience. It was an amazing journey and one I will never forget. Lets go through a recap or a TLDR of sorts for those that didn’t always follow along…

I left early in the morning of August 7th on a road trip for 38 days, getting home at night on Sept 13. I drove 4500 miles through 17 states, including the entire Atlantic and New England states. I stayed in 12 states for at least a night, ranging from 1 night (Niagara Falls) to 6 nights (Pittsburgh). Most of my stops I made sure to include a weekend day to have more time to enjoy the area. I also planned one cool activity before I left and made sure to leave time for local recommendations or tips along the way.

I worked 40% of the time I was on the road, with the rest as PTO or weekends. Some days were for fun activities, while others were because I wouldn’t have any cell/internet access. Those “off the grid” days were definitely fun too though. I visited family in some spots, shared spaces with other in a few, and went totally solo in the rest.

As I said, I drove over 4500 miles on this trip and was in the car around 100 hours. They definitely weren’t Florida miles either. I took bridges, tunnels, ferries, boats, trains, highways, and country roads. I went up, down, and around mountains. I always tried to take the scenic route when I could. Sometimes I let others do the “driving” too. My 2011 Kia Soul got up over 100k miles in style and without any issues. It was packed full, and let’s be honest, being put through the ringer inside and out. I’m sure my car enjoyed the views as much as I did though.

I drove through areas of the country you only usually do if you live in those areas. I went over and under the Chesapeake Bay, then through the Eastern Shores of VA and MD on my way to Delaware. I took the Cape May – Lewes Ferry from DE to NJ and then the Garden State Parkway, instead of the I95 highway. I drove around NYC and across the GW Bridge towards the beautiful Merritt Parkway in CT. I took a ferry out to Martha’s Vineyard and drove across the Newport Bridge. I took boat tours of lakes, rivers, bays, harbors, and around islands. I drove through the White Mountains of NH and the country roads of WV, including the Kancamagus & Appalachian Scenic Highways. I hopped on trolleys/buses in MA and took a train up the highest mountain in the Northeast. I drove the tunnels/bridges of Pittsburgh and up/down the incline. I rode a bike along Niagara Falls and drove across the New River Gorge Bridge. I saw so many city skylines from so many angles and views from the tops of mountains or sides of the road.

Across my 12 stops, I had multiple different types of accommodations. I camped in DE, NH, & WV, with DE the only one I worked during from the farm/market I was staying at. I used Recreation.gov to book stays at the two national forests (White Mountain & Monongahela). I stayed with family or friends in SC, NC, & PA, which helped to break up the isolation of the other solo adventures. I booked Airbnb rooms in CT, RI, MA, ME, VT, & NY. Some were shared spaces with private bedrooms. Many had shared bathrooms, kitchens, and living rooms. Most had desks or areas to work effectively and all had TVs to keep up with the Lightning playoffs. I met cool people and also shared spaces with cats and bunnies.

While a lot of the adventure was the drives and other transport from above, there were lots of awesome activities too. Even in times of COVID, there was still options to stay distant and see/do awesome things. I planned out a few great activities before leaving and found some cool other ones along the way. I visited lots of beaches and waterfront views all along the eastern seaboard from South Carolina to Maine. I visited Bethany/Rehoboth Beaches in DE, Murrells Inlet in SC, Lighthouse Point in CT, King Park in Newport. I took tours of Boston Harbor, Portland’s Casco Bay on the Lucky Catch lobster tour, Lake Champlain on the Spirit of Ethan Allen in Burlington, and the three rivers in Pittsburgh on the Gateway Clipper. I stopped on bridges and stood on overlooks/towers with amazing skyline and sunset views. I also wandered around cities/downtowns and saw what would usually be bustling parks/districts that were mostly empty.

I took walking tours of Harvard & Yale, while also driving by a variety of other colleges/universities. There were historical stops related to American History (Boston’s Freedom Trail, forts), literature (Mark Twain House), art (museums), television (Family Guy), and sports (ESPN, Fenway). I hiked up waterfalls and along mountaintop or lakeside trails in NH and WV, while also fishing, drawing, and writing in some spots. I took the Cog Railway up Mt Washington for beautiful views at the summit. I saw some awesome lighthouses on beaches, cliffs, and islands, especially Portland & MV! I hung out with animals at zoos, aquariums, parks, and beaches. I toured most of Martha’s Vineyard and saw the beauty of Niagara Falls lit up at night. I also saw lots of things I want to come back and see the next time.

For those that don’t know, I started a pescatarian diet in 2019. I was also traveling during a pandemic with many normal bars/restaurants closed or only doing takeout. Neither of these really affected my travels or options though. I took recommendations ahead of time and got some more tips in each city. I had some delicious pizza, especially the white clam pizza at Frank Pepe’s in New Haven. I got delicious lobster rolls in each New England state, caught and ate my own lobster in Portland, had clam chowda with views of Fenway Park, and lots of fish tacos too. A meal with a view honestly wasn’t too hard to come by along the trip. I had Ben & Jerry’s ice cream at the HQ and other locally sourced Vermont food at my Airbnb. I had some delicious veggie burgers and sandwiches along the way, especially chicken n waffles options from Veggie Galaxy in Cambridge and Oh My Soul in Charlotte. Also can’t forget about the bakeries of Mike’s Pastry in Boston and Holy Donut in Portland.

For the drinks, that was definitely more complicated. While I wasn’t visiting any bars or staying many places for a bunch of drinks, I did get a chance to sample a lot of delicious beer. Not only did I do this along the way, but I also have a bunch that made it home with me. I took some beers out to the beach, on my camping trips, or to a park for some great views. That includes some beers on Martha’s Vineyard from Offshore Ale Co and Black Dog Tavern, a couple from Dogfish Head on the Delaware beaches, and some Sam Adams at Fenway. I got a collection of beers from about 6 different Portland breweries, including Shipyard, Allagash, Bissell Brothers, Battery Steele, Foundation, & Definitive. I may have went overboard, but it was all delicious. I also picked up and tasted beers from NH and Charlotte areas. I did the same in Burlington with Zero Gravity, Lost Nation, and some others, but I was winding down the trip and realized I need to go back to try some more.

Overall this was an amazing trip with lots of awesome experiences. My last two blogs will focus on my Top 10 Experiences and Final Thoughts! Check back soon!